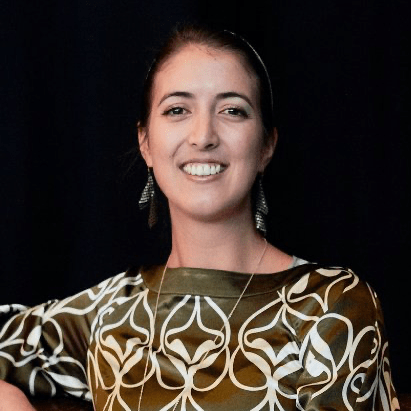 Nadieh Bremer is a graduated Astronomer, turned data scientist, turned data visualization designer, based near Amsterdam. She's working as a freelancer under the name "Visual Cinnamon". As 2017's "Best Individual" in the Information is Beautiful Awards, she focuses on uniquely crafted (interactive) data visualizations that both engage and enlighten its audience.

Working for companies such as Google News Lab & UNESCO to small start-ups. From printed magazines like the New York Times and Scientific American to interactive experiences online to more promotional focused visuals for press releases, data-driven reports, and data art.

Connections are a part of us, of the world. From the connections between people, between cultures, within language, and more. In these days when more data is collected daily than we could ever hope to explore, the variety in connections being gathered is opening up the possibility to visualize these (often complex) networks.

During this talk, Nadieh will take you through the design process of several of her (interactive) data visualization works, from personal projects to client work. The common thread they all share, is that they all reveal connections, but all differently. From a family tree of 3000 people connected to the European Royal houses, to those existing between our Intangible Cultural Heritage created for UNESCO, to connections we have drawn in the night skies and more. Revealing that all types connections are unique and revealing the intricacies that lie within them requires a creative, iterative and custom approach.