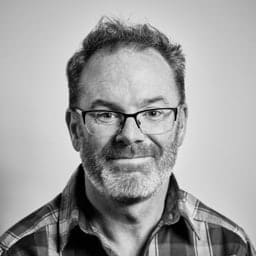 Jason is a Principal Designer at Chewy.com, helping lead their design system efforts across ecommerce, enterprise, and native mobile app experiences. Prior to joining Chewy, he led the team in creating a new web platform for the State of Rhode Island; redefined the typography and design system for the State of Georgia Digital Service; and helped numerous type foundries, web browsers, and software companies figure out how to make the most of the new variable font format in their products and brands.

Jason also researches and writes on typography for the web: a collection of newsletters on his site RWT.io, author of Responsive Typography from O’Reilly, as well as articles for .Net Magazine, PRINT Magazine, HOW, Monotype.com, TYPE Magazine, and others. He’s also a frequent guest on podcasts, and an author of online courses for Aquent’s Gymnasium platform and Front-end Masters, and has presented at over 100 national and international conferences. He also had the honor of being inducted into the Rhode Island Design Hall of Fame in 2019.

Every website and digital product has a design system of some kind. Even if it’s just a single stylesheet. But as design systems become larger, more formalized, and more mature—it helps to think about the role that typography plays in the larger system when making decisions about how to design the typographic system within.

We’ll look at two different design systems: Quahog, for the State of Rhode Island; and Chirp, and the system at Chewy—and explore how they align and diverge in their use of type and typography, design tokens, and overall use-case intent.