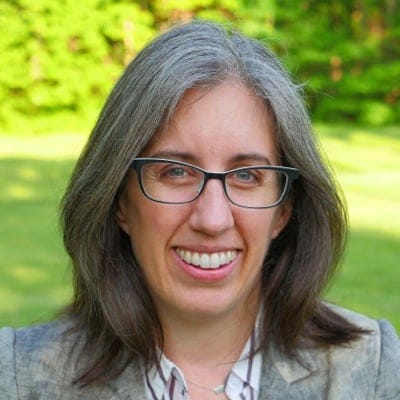 Jen Simmons is a Designer and Developer Advocate at Mozilla, where she advocates for web standards and researches the coming revolution in graphic design on the web.

Besides designing for the web, Jen has years of experience designing for live performance and for print. Her projection and lighting design work has shown at theaters including the BAM Next Wave Festival, the National Theater of Belgrade, The Off Center, and Jump-Start Performance Co. Her short films toured film festivals around the globe, including RESFEST, Media That Matters, and on MTV Television. Jen is the host and executive producer of The Web Ahead. She taught digital media to high school kids in San Antonio and film production to college students in Philadelphia. Jen earned a MFA in Film and Media Arts from Temple University. She lives in New York City.

CSS Grid revolutionizes how we create layouts on the web — but how exactly should we use it? When someone emails you a PDF, how do you know the best way to get started? Where should you use what code? How do you translate a static drawing into a dynamic layout? In the spirit of Smashing’s “no slides” rule, Jen Simmons will live code a design from start to finish (or however close to finish she gets before time’s up). No net, no preparation. How does someone in the real world create a layout using the tools of Intrinsic Web Design?