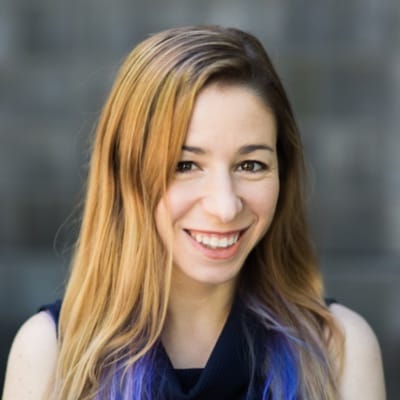 Sarah Drasner is an award-winning Speaker, Head of Developer Experience at Netlify, Vue core team member, and Staff Writer at CSS-Tricks. Sarah is formerly Principal Lead of Emerging Markets, Cloud Advocates at Microsoft and Manager of UX & Engineering at Trulia/Zillow Group. She’s the author of SVG Animations from O’Reilly and has given Frontend Masters workshops.

Sarah is a co-organizer of ConcatenateConf, a free conference for Nigerian and Kenyan developers. Sarah is also the co-founder of Web Animation Workshops, with Val Head. She has worked for 15 years as a web developer, and at points worked as a Scientific Illustrator and a Professor in the Greek Islands.

Are you curious about how to build apps in Vue, but never quite had the time to dig in? Join Sarah, a Vue core team member, as she builds an app from scratch, using Nuxt.js, her own Vue snippet extension in VS Code, and an API! We’ll see how far we can get and all the mistakes we can make in 45 min to creating a functional application with routing, server side rendering, animations, and more!